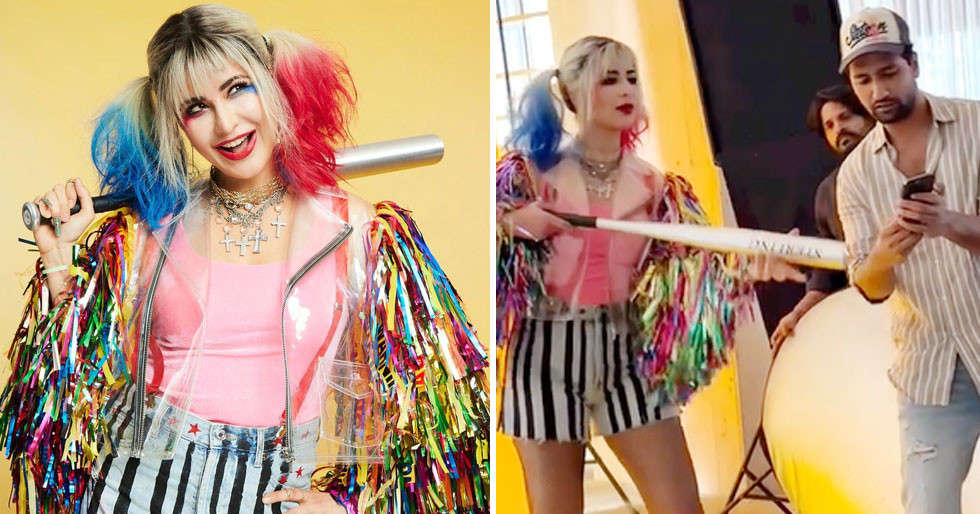 Like so many celebrities from B-City, Katrina Kaif went all out this Halloween. For the event, the actress dressed up as Harley Quinn from the DC live-action movie Birds of Prey which featured Margot Robbie. Katrina nailed the look with an correct costume and shared a number of glimpses of her Halloween get-up.

In a BTS video from the Halloween shoot, Katrina Kaif will be seen taking instructions from Vicky Kaushal who was serving to her pose along with her prop. Katrina posted the video with a caption that learn, “Jab husband director ban gaye…”

Take a look at the video of Vicky Kaushal turning director for Katrina Kaif:


The video was showered with love by followers. Katrina Kaif shared photographs of her Halloween costume on Monday.

Later the actress joined her Telephone Bhoot co-stars – Ishaan Khatter who dressed up as Willy Wonka and Siddhant Chaturvedi who opted for a Shaktimaan costume.

On the work entrance, Katrina Kaif is about to seem in Telephone Bhoot which releases on November 4 whereas Vicky Kaushal will subsequent be seen in Govinda Mera Naam and Sam Bahadur.