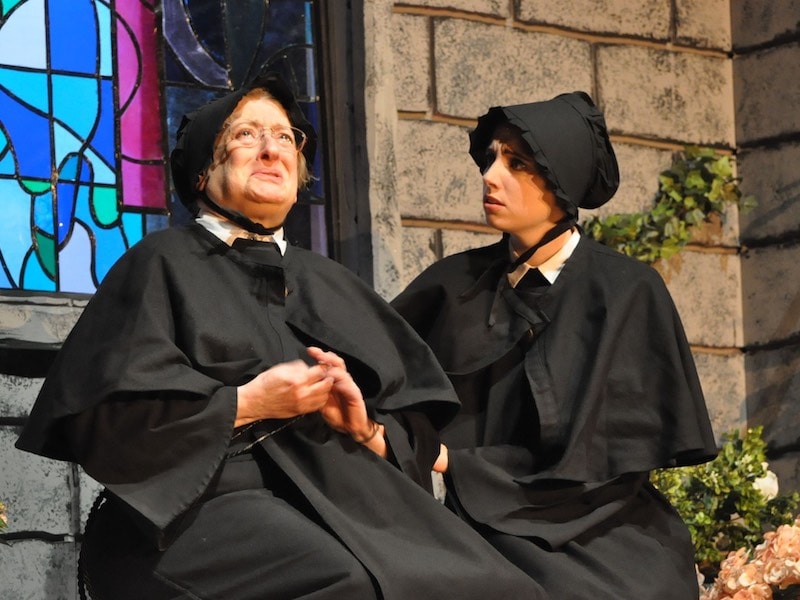 Veteran director Joanna Henry is again at Vienna Theatre Firm (VTC) directing its present manufacturing of Doubt: A Parable by John Patrick Shanley. VTC is completely happy to have Joanna taking the helm in presenting this highly effective story to the general public. The final manufacturing she directed at VTC was the musical 1776 in 1997 — 25 years in the past. Joanna is a earlier Vienna resident, former VTC member and director, and previous Creative Director at VTC, and her return to direct appears like a heat homecoming.

Doubt: A Parable analyzes an occasion of doubt and suspicion in a Catholic college within the Bronx within the Sixties. The play tells the story of principal Sister Aloysius’s suspicions about an inappropriate relationship between a priest and a younger male scholar. Premiering in 2004 and a winner of the 2005 Pulitzer Prize and Tony Award, it’s a story of suspicion forged on a priest’s habits that’s much less about scandal than about nuanced questions of ethical certainty.

Within the play, Sister Aloysius crops the seeds of uncertainty about Father Flynn into the thoughts of younger Sister James. That tactic doesn’t work with Mrs. Muller, mom of the coed concerned, who principally turns the tables on Sister Aloysius. Every character should work out what his/her personal uncertainties are. What do they doubt and why? The ultimate doubt is for the viewers. Who is correct? Who’s harmless? Who’s responsible? Sister Aloysius herself expresses doubt within the final strains of the play. Who or what’s she doubting? Doubt will elevate questions and reply none, leaving us all to grapple with the discomfort of our personal uncertainties.