Tucked within the neighbourhood of SS14, Subang Jaya is a cute little bakery referred to as Sugar and I that sells the softest, fluffiest bombolonis… made with love. Began by brother and sister, former engineer Syed Mohd Ilyas and Sharifah Nur Ilisa (and their love for baking), the creative duo sort out all the pieces from cinnamon rolls, brownies, Japanese cream puffs and indulgent bombolonis. 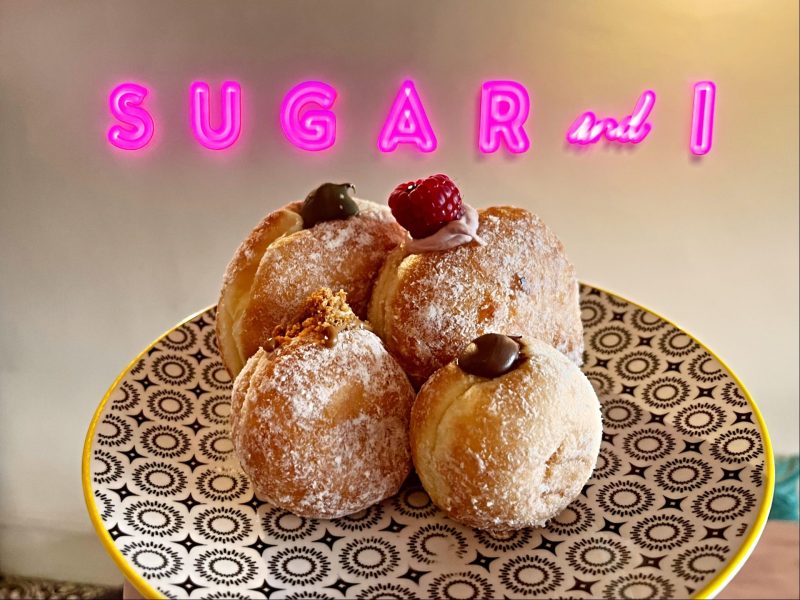 At Sugar and I, the usual bomboloni roster consists of 10 flavours together with Nutella, Belgian Chocolate, Raspberry Cheese, Lotus Biscoff, Vanilla Custard, Niko Neko Matcha, Maple Walnut, Home made Combined Berry Jam and Monster Oreo. Don’t miss out on their flavour of the month, which for November is the nostalgic Home made Kaya Butter bomboloni.

What I attempted at Sugar and I Blinded by the limitless enticing selections, Ilyas and Sharifah very kindly urged that my ravenous colleague and I attempt the Nutella, Raspberry Cheese, Lotus Biscoff and the Niko Neko Matcha. Time to start out feasting! We started with their best-seller, the Nutella Bomboloni (RM7.80). Visually, the Nutella Bomboloni was certainly a sinful dessert, crammed to the brim with the hazelnut unfold and dusted with granulated sugar. I gave the bomboloni a delicate squeeze and watched in fascination because the candy creamy unfold hypnotically oozed out onto the plate. I took a chunk and my mouth was coated in Nutella— they positively don’t stinge on the fillings right here. Subsequent was the flavour which took the world by storm throughout the pandemic: Lotus Biscoff Bomboloni (RM7.80). The freshly-made bomboloni was oozing with Lotus Biscoff filling and was topped with crushed Biscoff biscuits. Pillowy gentle, I must award it the 2nd place. The filling was Sugar and I’s particular mix of the caramelised biscuit unfold with cream cheese. It jogged my memory of a Lotus Biscoff cheesecake— so decadent.

My private favorite was the Raspberry Cheese Bomboloni (RM7.80). The gentle, fluffy doughnut was full of a candy, tangy raspberry cheese filling and topped with a recent raspberry. The luscious filling was not overly candy and I actually loved the sourish tang from the raspberries. I didn’t have an issue ending this bomboloni, it was so good! That is good when you don’t have a candy tooth however are nonetheless searching for one thing decadent to nibble on.

As an individual who devours and drinks matcha on a weekly foundation (generally even day by day), I couldn’t disguise my pleasure after I found that one in every of Sugar and I’s bomboloni flavours was the Niko Neko Matcha. I used to be over the moon as Niko Neko is one in every of my favorite matcha powders. Texture clever, Sugar and I doesn’t disappoint. The doughnut was mild and fluffy and inside, a silky easy matcha cream. The one qualm I had concerning the filling was that the matcha style may have been extra pronounced. The cream was on the sweeter aspect and didn’t have the bitter steadiness that I fancy.

However bombolonis aren’t the one candy treats that Sugar and I excel in. Ilyas was proud to inform me that as he introduced out their signature Japanese cream puffs (in any other case often known as Choux au Craquelin in French). I keep in mind my first time having this— I used to be 18, and only a chunk of those candy balls of dough crammed to the brim with silky easy custard took me to cloud 9. 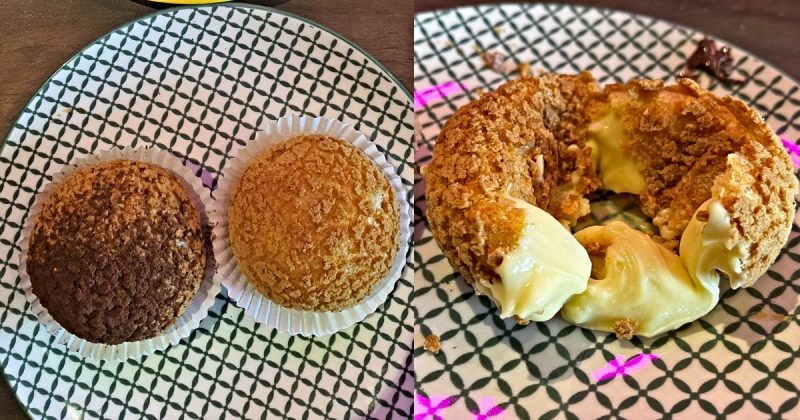 The primary to hit my keen style buds was the Vanilla Custard Cream Puff (RM6.80). The choux pastry puffs with their crisp craquelin exterior and creamy vanilla bean custard was certainly a magnificence. I particularly cherished that the vanilla profile stood out— it felt just like the cream puff got here straight down from French pastry heaven. However as soon as I tasted the Chocolate Custard Cream Puff (RM6.80), I couldn’t even take a look at its compatriot. The luscious chocolate ganache wasn’t too candy and had a deep chocolate flavour— I can virtually style it as I’m penning this. Paired with the sunshine and ethereal choux pastry, this flavour is a must-try. Ilyas and Sharifah are all the time concocting new candy concepts and a bit of birdy instructed me they’ve an particularly thrilling flavour releasing in December. However for now, the secretive duo are protecting the flavour underneath wraps. Seems to be like I’ll be swinging by Sugar and I for one more scrumptious expertise, and I counsel you do the identical!