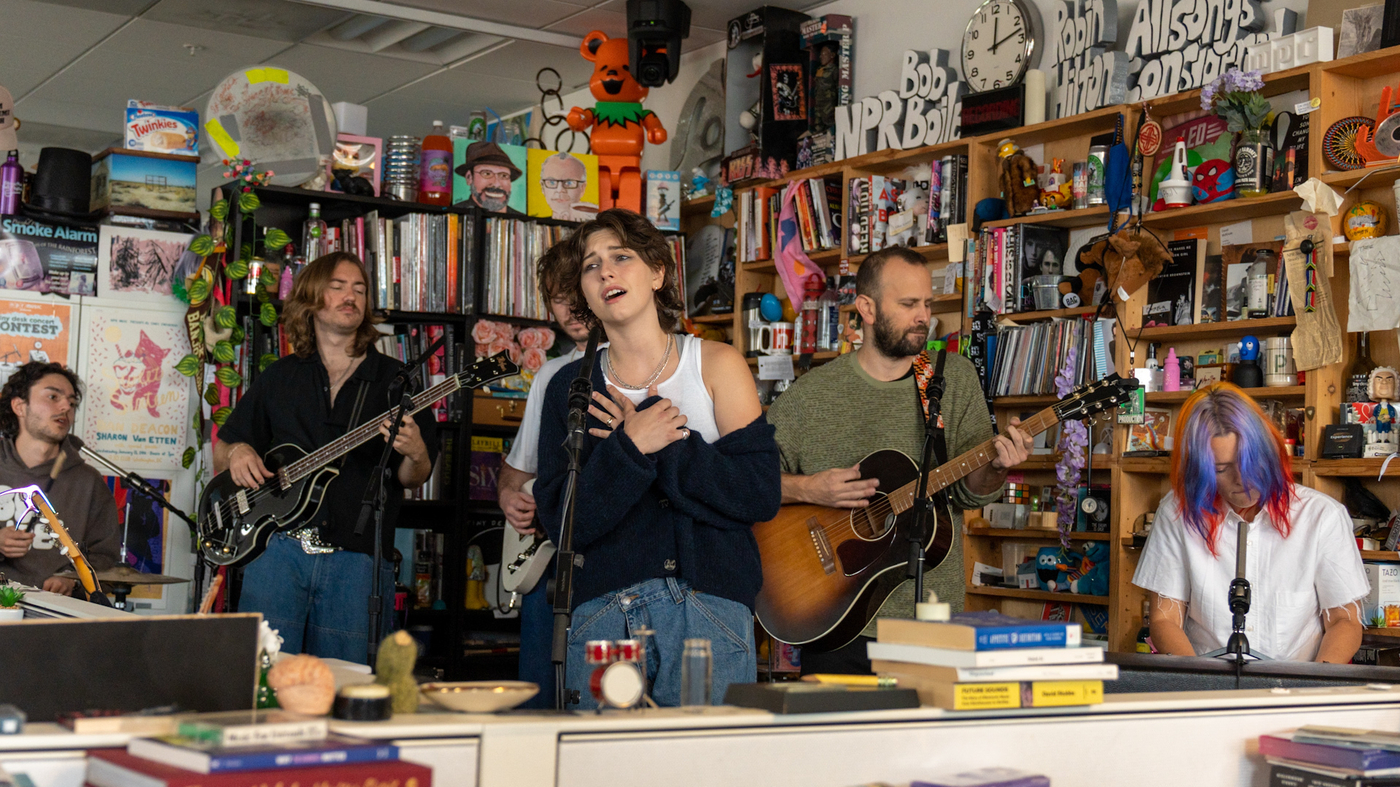 There’s a sly, informal humorousness that permeates the music of Mikaela Mullaney Straus, who writes and performs as King Princess. Her songs combine the feelings of crushing love and lust with playful asides of self-deprecation, all of which make for a singular, confident fashion. And that self-assuredness is on full show within the indie pop singer’s Tiny Desk live performance, that includes King Princess performing three songs from her most up-to-date album, Maintain On Child.

Lyrics like, “You look the identical. Did you quit smoking weed? Or attempting to please your dad?” from the opening “Cursed” — an ode to the difficulties of encountering an previous, poisonous good friend — burn a bit brighter within the bare, largely acoustic sound of King Princess’ set. Partway by means of the following track, the loving “Winter is Hopeful,” explicitly impressed by the artist’s girlfriend, she takes a beat to giggle at a set of bar chimes being rung to perfection. “I love that,” she says, earlier than returning to sing, her voice vibrating with a soulful urgency.

“In case you’re feeling saucy as we speak, you’ll be able to take part with the band,” King Princess says earlier than her finale, “Let Us Die,” a punchy, fuzzed-out pop-rock track on the file that transforms right here right into a guitar-strummed jam session. “If the one technique to love you is to allow us to die,” she sings, her lyrics pulling collectively photos of a break-up that is like a automobile pushed off a cliff, poison-drinking and fingers caught in sockets, “I’ll if I’ve to.” Is that this lady for actual? If the gut-punching confidence with which King Princess sings right here is any indication, sure, she is.